During the past two years the Israeli capital market has gone through a lot of ups and downs. The Finance Ministry reform (called the Becher Reform) had a significant impact on long-term savings – pension and director's insurance, provident funds and study funds.
This reform has affected insurance companies most of all. They used to operate in a captive market and dealt primarily in traditional fields, general insurance and life insurance. But since the reform the commercial environment has changed and dealings in the field of insurance have expanded into areas once predominantly controlled by the banks – provident funds, study funds and investment management. Meanwhile banks are now allowed to deal in insurance.
We spoke with Sagit Sela-Gal, human resources manager of the Clal Insurance, Pension and Finance Group, about the company's approach to human resources.

During the past two years since the Becher Reform, the employment world at insurance companies has changed. Employees are assuming a more central role alongside the agents.
That's right. Growing competition in the industry has increased the need for professional workers with the ability to provide higher quality service. Therefore at Clal Insurance we've formulated a unique strategy that relates to human capital as an asset to be competed over. The entry level into the organization has been raised and the training processes have become significantly more professional.
The entry of insurance companies into new fields of professional activity, their growth and their boosted strength have led to a significant change in employee management. Now there is competition over quality personnel, who have to pass tests and earn a license for some positions. The reform also determined who is authorized to work in the field of long-term savings.
Today, in order to become an appealing employer for this type of employee, the entire management system has to execute the required alterations, starting with the recruiting stage, through the training system and the incentive and benefit programs. 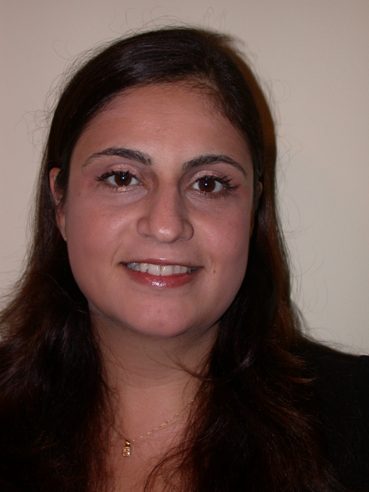 Who are you currently competing with for good workers?
The competition used to be against other insurance companies; mobility was primarily within the industry. Insurance companies competed against one another over the customers and over experienced employees, but the competition was not very extensive. Generally companies sold the same products; there wasn't much competition for the customer's wallet.
The [Becher] Reform created vast competition in the capital market and led to competition over good employees as well, and not just inside the insurance industry. Today we're vying in an employment market that includes the banks and investment houses as well.

Apparently this is no coincidence. Just recently an international survey was released which assessed the managerial challenges of CEOs in 2007. In first place was 'competitive pressure,' in second place was 'growth and expansion needs' and in third place was 'coping with the shortage of skilled workers.' The survey findings reflect the situation we're in.

Competing with the banks for workers is not easy. The banks have long been known for investing a lot in their employees, partly thanks to strong workers' committees.
Yes, but today both the insurance companies and the large banks are in a joint market that's bringing in new standards of investment in human capital. This is apparent in many areas, such as setting up quality screening and recruitment systems, deepening organizational identity, identifying professional and managerial potential and gauging the level of investment in human capital.

But the banks are still perceived as better employers than insurance companies.
We've recruited dozens of employees from the banks and you really do see the level of expectation among employees who come from there. For instance, in the introductory conversation with new employees, some ask to take part in the managerial reserve program. They take it for granted that we have such a program.
But at insurance companies this wasn't something taken for granted. The banks were pioneers in the field of developing managerial reserves in Israel, starting decades ago.

Do most new employees arrive as inexperienced workers who you train or do most of them arrive as experienced workers from other organizations in the capital market?
Both. For certain positions we recruit employees from the insurance industry or other fields. Recently we purchased Bank Discount's provident funds and we have to continue managing them. This requires experienced people. But as I said, at the same time we hold professional training courses in the field of long-term savings.

Company management has not changed. How did it prepare for the change?
Management's task is to read the market and respond appropriately. This precisely reflects the organization's relationship toward the employees. Market needs, including the employment market, change and the organization, led by the CEO, responds accordingly. In a competitive market there's competition not just over the customer, but also over the workers who handle the customer. It used to be that the competition over the employee was not great and the insurance companies' human resources departments were run accordingly.

If the employment market in the industry becomes dynamic, then there are also employees who leave. Is the problem of maintaining workers starting to appear?
Yes, this is starting to happen and the problem is not just at Clal, but throughout the industry. It's not by chance that this year we set up a professional recruitment and screening department that's supposed to do better screening of job candidates.
Today much greater efforts are made to test those who enter the company as new employees. In the past a lot of workers came through ties in the industry, in the companies and with the agents. Today you cannot compromise on the quality of employees recruited. If we were to compromise we wouldn't survive the competition.

The question of maintaining employees is becoming important not only because of the difficulty in locating the good workers and because of the extent of investment in them, but also because today customers place a lot of weight on consistency. It's important to them that the people taking care of their money are reliable and professional. Customers also attribute a lot of importance to the ongoing acquaintance with the professional employee who handles their file.
Success in maintaining workers is also a result of careful screening processes, training and work relations.

How are the placement service providers reacting to the change?
The placement market is identifying the trend and reacting accordingly. Placement companies specializing in this field have already been started and large placement companies are setting up divisions dealing with placement in the field of finance. We've also heard placement companies claiming today it's more challenging to work with us because the screening process is more rigorous. We're also perceived by job candidates as an desirable employer.

Insurance requires not just a high level of service and professionalism, but today there is also more sensitivity to qualities such as reliability and discretion.
Exactly. This is also the formal requirement of the regulator, who requires that the customer's information be kept confidential. Therefore in relevant positions we also conduct reliability tests.

In this kind of employment market workers have to be managed differently, too. Management quality has to improve.
True. Today managers really do want to know what the workers feel and rely on them more. Therefore at Clal Insurance we decided that we want to gauge and evaluate our human capital.
For instance, this year we are introducing an orderly system of employee assessment that operates in combination with other management systems, such as compensation. Next year for the first time we'll be conducting a survey of employee opinions.

On the other hand change, by nature, generally encounters resistance.
Yes, and you have to know how to deal with it, informing veteran employees about the advantages of the change. For instance, veteran workers might well resent having to undergo training again and to be tested on their level of knowledge. But eventually they realize there's no alternative and that it maintains their abilities and their position at the company and in the industry in general.

There's another interesting phenomenon related to this. When a new employee enters the organization and goes through the entire professional process of screening and breaking in, he tells the veteran employee about the process he experienced. The veteran worker stares at him in wonder, not knowing what he's talking about. The veteran worker feels as if the new worker is telling him about a different company. Because what he told him is drastically different from what he, the veteran, experienced when he and his colleagues were hired.

As you can see we've invested a lot into building a professional recruitment and screening system. We attribute a lot of importance to it because this is the face the organization presents to the public. It has great importance not only in creating the first impression the new employee receives, but also because of the impact on other candidates who were not hired. The screening process has a substantial effect on the organization's reputation and image.


For the Hebrew  Article